Technology is eating the world

In August 2011, technology legend Marc Andreessen wrote his eponymous article entitled “Why Software Is Eating The World,” which became the central investment thesis behind his venture capital firm Andreessen Horowitz.

Like so many predictions about technology before this, Andreessen’s prognostication has since followed Amara’s Law, which aptly states:

Marc’s vision is in full force, and the feast has really just begun.
We are in the midst of the Fourth Industrial Revolution—or as some refer to it, the Information Revolution. Although the magnitude of the changes compares to the disruptive shifts arising from the First Industrial Revolution in the 1800’s, it is the rate of change that is unprecedented.

When did this latest revolution commence? In my view, it began to take shape in 2008, and was catalyzed by three incredibly powerful and converging forces–mobility-first, cloud computing, and social media. All three forces collided together with full impact in 2008, spawning an unprecedented wave of new technology companies. The mobility-first era was really born shortly after the introduction of Apple’s iPhone in 2007 (leveraging off of the smart-phone revolution created by Blackberry); it was the subsequent iStore and the value of data which really became the disruption. Around the same time, cloud computing finally came of age (with the concerns around security and latency largely solved with ever-increasing chip capabilities), as illustrated by the launch of Amazon Web Services in 2006. And thirdly, the likes of Facebook, LinkedIn, and Twitter all crossed the chasm around 2008 and dramatically changed how communities interact on the internet.

Through these three forces being unleashed, the promise of the internet in the 1990’s as a place where “you can get what you want, when you want it, and how you want to consume it” was finally realized around 2008. And the rise of the technology industry since then has been unprecedented, far exceeding what we witnessed in the 1990’s while the technology infrastructure layer was being built. Interestingly, I believe that the key technological event that gave rise to the “web revolution” of the 1990’s directly involved – yes, you guessed it – Marc Andreessen. In late 1994, Mosaic Communications Corporation co-founded by Marc launched the Netscape browser and the “consumer” internet was born.

I believe we are embarking on the next phase of the Fourth Industrial Revolution – through the rise of the “Disruptors.”

While technology companies will continue to grow and prosper, we are witnessing the enablement of those technologies across all economic sectors as the leading weapon used by new entrants to disrupt the traditional incumbents in their respective industries. The massive influx of venture capital to support the building and growth of technology companies over the last ten years has produced these tools, which are now being leveraged by all industries, such as artificial intelligence, machine learning, and the internet of things. Those companies that can harness these new technologies to operate better, faster, cheaper and to gain insights into their customers like never before will prosper. Although these Disruptors are not technology companies in the conventional sense, their tight focus on value creation through innovation further blurs the lines between a technology company and a traditional company. Hence the popularization of terms like fintech, healthtech, edtech, proptech and the like.

The incumbents, however, are not asleep at the wheel. They too are realizing that they must defend themselves by weaponizing technology and warding off the disruptive upstarts. It is this battleground that I believe will be the source of the greatest wealth creation and transfer over the next ten years. The Disruptors, naturally, are particularly active in those industries where they perceive the incumbents to be tied down by outdated technological infrastructure or business models, and hard-pressed to counter-attack.

In some sense, Marc Andreessen underestimated his own prediction – it is Technology that is eating the world!

John Ruffolo is the Founder of OMERS Ventures, the venture arm of OMERS. John is also the Co-Founderof the Council of Canadian Innovators. John sits on the board of a number of leading innovation basedorganizations including Hootsuite, Ontario Centres of Excellence, and Ether Capital. 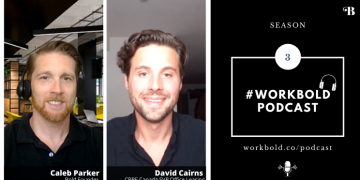 Why is the CBRE Forward Co-Founder ALL IN on Space As A Service? 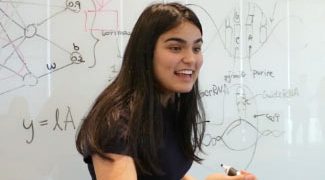 TKS are creating an environment that inspires, challenges, and unlocks true potential 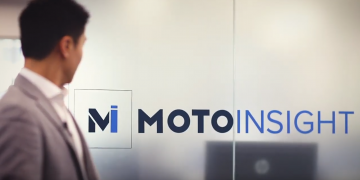